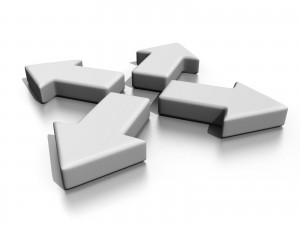 UNISON Pennine Care Branch has recently been successful in making a claim that a restructure in HMR, under Pennine Care Organisational Change Policy was a direct breach of TUPE regulations. A group of members were told to change their working hours soon after their TUPE transfer, but this had not been mentioned during the TUPE consultation. UNISON successfully argued that this was an attack on their terms and conditions and unlawful, and ultimately the employer agreed with us and withdrew the proposal

TUPE is a difficult area of law, and whether an employer can make changes after a TUPE transfer is very much dependent on individual proposals.  If you feel that your Terms and Conditions of Employment are affected as a result of the TUPE transfer into Pennine Care NHS Foundation Trust for example you are being asked to change your hours, or you can’t work flexibly any more or they are applying a different policy to you, you need to contact your local UNISON steward as soon as possible who will be able to provide advice.

What is TUPE? TUPE is an acronym for the Transfer of Undertakings (Protection of Employment) Regulations. The Regulations were first passed in 1981 but overhauled in 2006. TUPE is a significant piece of legislation adopted by the UK in order to implement the European Acquired Rights Directive.The purpose of TUPE is to protect employees if the business in which they are employed changes hands for example HMR, Oldham, Stockport, Bury and parts of Tameside & Glossop community health transferred into Pennine Care NHS Foundation Trust on 1stApril 2011. Its effect is to move employees and any liabilities associated with them from the old employer to the new employer by operation of law. The new employer stands in the shoes of the previous employer in terms of your employment policies, terms and conditions etc.What does TUPE mean legally?
Employees who are employed in the undertaking which is being transferred have their employment transferred to the new employer. Employees can refuse to transfer (or “opt-out”), but depending on the circumstances of the case, they may be deemed as making themselves redundant. TUPE states that “all the transferor’s rights, powers, duties and liabilities under or in connection with the transferring employees’ contracts of employment are transferred to the transferee”. This all-embracing concept encompasses rights under the contract of employment, statutory rights and continuity of employment and includes employees’ rights to bring a claim against their employer for unfair dismissal, redundancy or discrimination, unpaid wages, bonuses or holidays and personal injury claims etc.Employees therefore have the legal right to transfer to the new employer on their existing terms and conditions of employment and with all their existing employment rights and liabilities intact (although this does not apply automatically to occupational pensions). Effectively, the new employer steps into the shoes of the old employer and it is as though the employee’s contract of employment was always made with the new employer.
Any dismissals will be automatically unfair, where the sole or principal reason for the dismissal is the transfer. This is also the case where the sole or principal reason for the dismissal is a reason connected to the transfer, unless it is for an economical, technical or organisational reason (an “ETO” reason) requiring a change in the workforce. This ETO defence is narrow in scope and can be difficult to rely upon. Even if the employer can rely upon an ETO defence and the dismissal is not automatically unfair, itmay still be unfair for other reasons (such as a failure to consult properly in a redundancy situation).As the new employer is required to take on the employees on their existing terms and conditions of employment, it is prohibited from making any changes to the terms and conditions of employmentof the transferred employees if the sole or principal reason for the variation is the transfer. This is also the case where the sole or principal reason is connected to the transfer, unless there is an ETO reason for the change, usually requiring a change in number of the workforce. This often makes it difficult for incoming employers to harmonise terms and conditions of employment of staff after a TUPE transfer.Where an independent trade union has been recognised by the outgoing employer in respect of transferring employees, recognition will transfer to the incoming employer to the same extent.