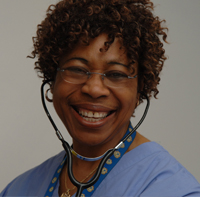 Plans to improve training among nurses, health staff and those who care for older people and dementia sufferers in care homes and hospitals have been cautiously received by UNISON.

The UK’s largest union said dementia services had already seen cuts, and that care providers would be forced to rob Peter to pay Paul, cutting existing services or staff to fund these plans.

The union said that comparisons between ‘care makers’ and Olympics ‘games makers’ were misleading. Volunteers make an invaluable contribution to services when they complement existing staff levels, rather than replacing them.

This announcement should also be seen against the backdrop of Government demands for £20bn in so called efficiency savings from the NHS by 2015.

“UNISON welcomes any move to improve the care of NHS patients, but these plans are asking already stretched healthcare staff to provide more care with fewer resources.

“The principle behind this initiative is good, but the NHS is under severe financial pressure. We have seen cuts across the board, and without significant additional funding to implement these plans locally, organisations are likely to struggle.

“Funding training is an important first step, but providing the best possible quality of care doesn’t begin and end there.

“Nurses make the best advocates for patients, but they can only do this if they are employed in sufficient numbers, in the right place and at the right time to provide safe, compassionate and dignified care. Under this government we’ve already lost 5744 nurses, and those that remain are exhausted and under constant pressure.

“Under the Health and Social Care Act, It is the role of the Commissioning Board, and local commissioning consortia to commission and provide healthcare services, not government, so this announcement should be taken with caution.”

A nursing survey from UNISON recently revealed that 85% believed that insufficient staffing levels were the biggest barriers to providing the highest quality of patient care.

The union said that it was important that staff should always be listened to, adding that the friends and family test needs further consideration; it’s not clear how it will work or what, if any relationship it will have with the Care Quality Commission or Healthwatch.

UNISON maintained that secondments, which have become scarcely available under the coalition, were the best way to enable staff development and training. The union has called for minimum induction standards for healthcare assistants, and regulation, for many years.

This entry was posted in News. Bookmark the permalink. Comments are closed, but you can leave a trackback: Trackback URL.